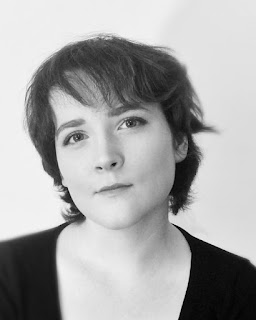 Time to meet another cast member! 🎉👏🎭
We're excited to announce Alice Wilson, who will be playing the roles of Grasshopper in Aesop's Fables; Hermes in Persephone & The Pomegranate Seeds; and Alan a Dale & Matthew in A Tale of Robin Hood.
Alice is currently finishing an English and Drama degree at Queen Mary University of London, and greatly enjoying the chance to escape from essays into the world of folktales. After working with Emma in The Lion, the Witch and the Wardrobe, this is the second time she has been involved in the fantastic Barnes theatre scene.Recent theatre credits include: Edmund Pevensie in The Lion, the Witch and the Wardrobe; Biscuits, The Future is Now and Macbeth Studios with Queen Mary Theatre Company; Space Dogs at Edinburgh Fringe Festival and in its London run; Noel Fielding in Bake Off the Musical; and Deadline at Edinburgh Fringe Festival.Alice also recently wrote and directed the play Ashes, co-wrote the play Biscuits, and composed and directed the political rom-com musical Across the Commons.
Posted by Fireside Folktales at 15:08