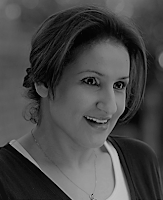 The Artistic Director of Shadow Road, founder and director of the UNBROKEN Mental Health Awareness Festival and Short Film Prize, and a former trustee of the OSO Arts Centre in Barnes, Emma is also a traditionally published children’s author and a professional member of both Stage Directors UK and the Society of Authors.

Her work has been performed in a wide range of venues, from the West End to the fringe. Credits include Dreams from the Pit (writer/director/co-producer, Palace Theatre), The Lion, The Witch & The Wardrobe (director/producer, St Mary’s Barnes), Robin Hood (writer/director/producer, London Wetland Centre),  Jesus Christ Superstar (director, fringe), Californian Lives (director, King’s Head Theatre & OSO Arts Centre), Climate Change (writer, Fortune Theatre) and The Story (director, Theatre503).  She has directed casts ranging in size from one to fifty-one and in age from seven to eighty-plus, run workshops for both children and adults, and has experience working in partnership with numerous charities and organisations.

Emma is delighted not only to be turning her dream of ‘theatre in a tent’ into a reality, but also to be doing so together with the best team of hugely talented friends she could have asked for to accompany her on this slightly mad but wonderful adventure! 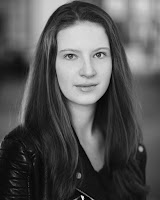 The in-house fight director for Shadow Road Productions, Amy has been working with Emma since 2016. She is a UK director of Captivate Action, and an advanced fight performer with the British Academy of Dramatic Combat, and the Academy of Performance Combat. Her recent film credits include Netflix's The Witcher, Marvel, and mocap work for Rockstar Gaming and Frontier Developments.

Her teaching credits include Mountview, LAMDA, Rose Bruford College, and Melbourne Opera.
Her Fireside Folktales acting credits include Macbeth in Macbeth: Sleep No More, Scrooge in A Christmas Carol, and Little John & Sir Guy of Gisborne in A Tale of Robin Hood. Previous theatre credits include Sergeant Cooper in Robin Hood (Shadow Road Productions), Nina in The Seagull (Wateryard Theatre), and Mary in Our Country's Good, directed by Katherine Pogson.

She has been co-producing the UNBROKEN Festival & Short Film Prize with Emma since 2017.

Amy's favourite legend is King Arthur: magic, mystery, daring knights, swords and adventure!  She also believes that no campfire is complete without marshmallows to roast over it...