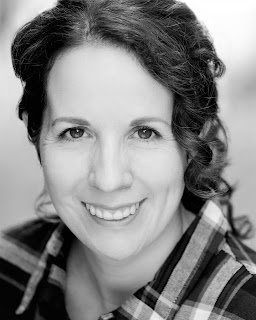 We are excited to introduce you to the wonderful Sarah Robinson, who will be playing the roles of Ant and Narrator in Aesop's Fables, the Gardener and Lukas in Persephone & the Pomegranate Seeds, and Friar Tuck and Alice in A Tale of Robin Hood.

Sarah is delighted to be performing with Shadow Road Productions for the second time, having previously played Mrs Beaver in The Lion, The Witch & The Wardrobe. Since training at The Bridge Theatre Training Company, she has played roles such as Miss Merry in Misfits, Mrs Cratchit/Ghost of Christmas Present in A Christmas Carol and Mug in The Empire Builders. She has also performed in pantomimes and musicals including 9 To 5, Cabaret and The Witches of Eastwick.

Posted by Fireside Folktales at 02:12